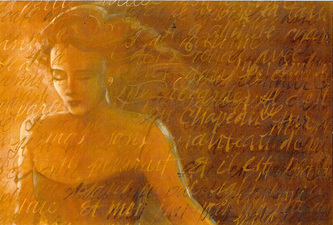 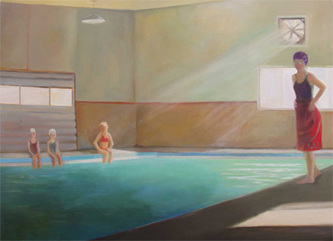 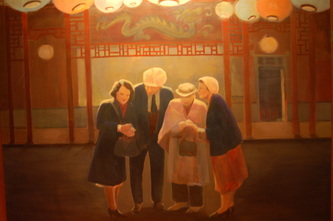 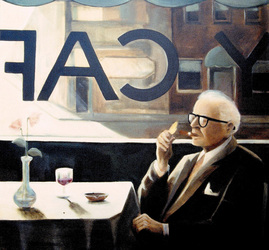 Christy Botkin Reeves was born and raised in Carmel, California in a family of artists. Then a rustic artists' colony, the Monterey Peninsula buzzed with the energetic talents of creative artists, sculptors, musicians, and writers. Her mother, a painter, introduced Christy to this world at an early age. Later in life, Christy studied in London and attended the University of the Pacific on art scholarships.

Christy's evolution as a painter began as a child. She accompanied her father, a musician, for several years on his travels through the Midwest with a touring jazz ensemble. This afforded her a view of the small towns and small town life in America's heartland, scenes from which come alive in Christy's work. Her art reflects her grounding in this real life; the importance of the simple things embodied in our everyday existence.

Christy was influenced early by Thorton Harby, an eminent creator of Native American and western art and later by David Richey Johnsen and Thomas Elmo Williams. Her work is in mixed media, oils and acrylic on canvas largely employing sepia tones which she believes best reflect her subject matter.